Why I Won’t See The Last Airbender

This is a short one, but it’s one I really feel needs saying.  I love sci-fi, and I love fantasy.  I have to admit, I’ve never been that into anime, and I’ve never watched Avatar: The Last Airbender.  But I did see the trailer and for a moment thought — wow.  COOL. And after a little searching on the animated series, it does sound cool.  And it STILL looks cool.

Too bad I won’t be seeing it.

Why not?  Because of this picture:

Yes, I realize this is old news.  Very old news, by online standards.  But I’m getting up on my soapbox anyway.

Now, look.  I am not the most sensitive person when it comes to undertones and subtext.  A lot of times these things go straight over my head, especially when they’re more subtle.  So, when I raise my eyebrows and turn away in disgust, you know it goes over and beyond subtle and subtext.  This is blatant.  It’s one thing, when remaking a series or a book, to modernize, and to make progress.  More women in Battlestar Galactica?  Good thing.  Putting a gay couple into the travesty that was Sci-Fi’s (excuse me, Syfy)’s adaptation of Riverworld?  I’m there.  But why are we moving backwards?  Why are three of the four main roles (all of which are Asian kids) not being played by kids of Asian descent?

In an ideal society, the actor who is best suited for the job gets it, right?  Well, yes.  And for lots of roles, you can cast colorblind.  But the thing is, when someone is acting, appearance does often matter, because so many times, a character’s race matters.  Our nationalities and heritages are a part of who we are.  No, being from a certain place or having a certain color of skin doesn’t make us inferior or superior.  But it does influence our experiences, our memories, and our interactions with the world, and it’s part of what makes each of us unique.  It’s part of what makes a character unique.  Acting is one of the few times race matters, because sometimes being of a certain race does make one more suited for the job, just like being skinny or fat, old or young, tall or short, or anything in between.  I mean, look how much complaining there was that Daniel Radcliffe’s eyes are blue, not green.

Are these kids playing three of the four main characters talented?  All joking about child actors aside, probably, yeah.  (They also aren’t all “children”.  Jackson Rathburne is 25.)  But are any of them big names, big box office draws?  Not really.  So, why, for the love of anything, could they have not used kids of Asian descent?  Don’t even try to tell me there were no talented Asian kids trying out, because I really don’t think that’s possible.  And okay, I might understand if they happened across one child who they simply could not make the movie without, and I even get that two of the characters are siblings, thus dictating that they have to be the same race.  But three of the four heroes?  (And originally all four of them, since Jesse McCartney was originally offered the part of Zuko, which is the one main role being played by a non-Caucasian actor.)

But there’s makeup, right?  That’s a time-honored Hollywood tradition.  And yes, sometimes the makeup job can work.  Sometimes you want the same actress to play a character at various stages of life.  Sometimes your actor really is a big name draw, and the makeup job adds to the appeal of the character.  There are justifiable reasons for pulling this sort of stunt.

But what are the reasons here?  According to Roger Ebert and other sources, the original casting call was phrased in a way that actually suggested a preference for Caucasian actors.  And it’s not like these kids came from the area: the film was made in Pennsylvania, and the kids hail from Texas, Los Angeles, and New York.  (And even if they were geographically limited, eastern Pennsylvania is not exactly lacking in diversity, especially when you add in other cities in easy driving range.  Come on, people, this is the eastern seaboard, not a tiny remote village of 561 people.

There might not be malice involved in this decision.  In fact, I find it fairly rude to accuse the filmmakers of such a thing without ever having met them in person.  The kids very likely can act.  So I’m not diving in with claws out and hissing “EVIL!”, because I just don’t know enough about the people involved.  Heck, I don’t really know enough about the project itself.

But yet… yet.  A quick glance at Google tells me that Avatar: The Last Airbender is pretty popular with kids.  I watch Sesame Street with my boys — the majority of the characters aren’t white, and it still is one of the longest running and most beloved children’s shows on the air.  If we want our children to grow up believing that all are equal… that all human beings are deserving of a basic, inherent respect… well then, why can’t we show a few more of them in our entertainment?  And why can’t we direct more of that entertainment featuring non-Caucasians at the mainstream, for everyone to enjoy?  Why can’t we credit that people will pay to see a movie starring people who don’t look like your typical Hollywood stars?  We want to see people like us sometimes — not just in terms of race or nationality but in terms of body size, sexuality, religion, intellectual capacity, whatever.  Yeah, The Last Airbender is, in its way, not doing anything other movies haven’t done.  But these days, the same old song isn’t good enough anymore.

There are good intentions here, I’m sure.  But you have to explain intentions, and they don’t always show in the results.   And what matters is, when all is said and done and the interviews have faded, one of the lasting legacies of this film will be “Asian kids aren’t good enough to play heroes or main characters; we had to have the white kids do it instead.”  And that’s not a legacy I want to be a part of.

So no, I won’t see The Last Airbender in the theaters, or rent it, or in any way give my money to this effort.  And if anything I said here resonates with you, maybe you’ll do the same. 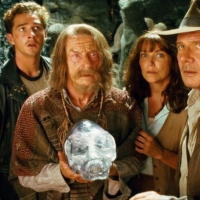