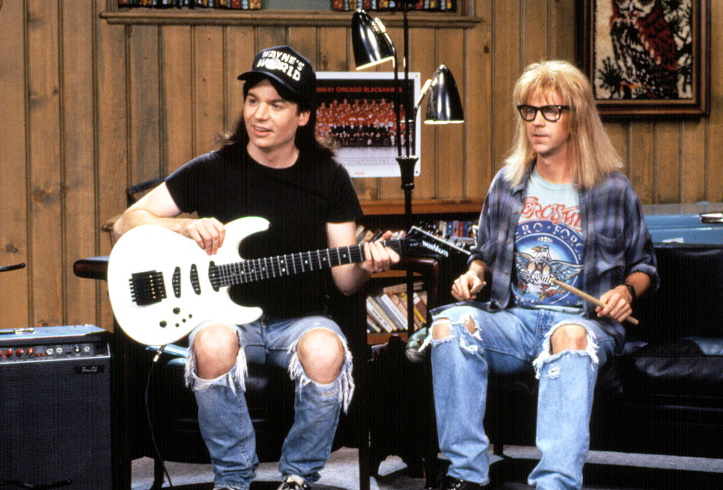 Summary Capsule: Party slackers Wayne (Mike Myers) and Garth (Dana Carvey) fight to keep their show and for their right… TO PARTY!

Justin’s review: Over a decade after the phenomenon known as Wayne’s World, the world has mostly forgotten. Sure, we had the new sparkle of Austin Powers and the timeless classic of Superstar to keep our SNL needs satisfied, but I can’t help but feel powerful nostalgia for what I consider to be Mike Myers’ best film. Or is it? I sometimes have a strong compulsion to lie, even to myself. Isn’t he the guy who starred in the Halloween movies?

Now that I’m done being stupid (No, I’m not, I just like to lie), let’s painstakingly analyze the culture and film theory behind Wayne’s World. We begin with our slacker protagonists, Wayne Campbell and Garth Algar, two buddies who star in their own basement-produced cable show. They promote rock ‘n roll, idolize sex symbols and are constantly sarcastic to their show guests… so I guess, by today’s standards, they’re actually positive role models.

Evil capitalist swine attempt to buy out their show, so Wayne and Garth must defend their integrity while scoring dates with some women far out of their league.

Wayne’s World is the perfect type of movie for Mike and Dana, since it gives them a launching ground to do pretty much whatever they want. Between Bill and Ted-esque catch phrases and some inspired rock song scenes, there is satire enough to fill your dark little heart and send you to bed happy. It’s kind of hard picking just one as an example, but I did chuckle mightily at the part where Wayne and Garth protest product placement as they heartily endorse Pizza Hut, Pepsi, Reebok, Doritos, and Nuprin.

In classifying comedies, there are really only two categories. There are movies that are labeled comedies, but are really just sappy dramas lurking in disguise waiting to suck the joy out of your life — you know what I’m talking aboot! And then there are comedies that can be depended on to make you laugh, not just a couple times, but consistently from start to finish. Wayne’s World is very competent in this area, as I can still watch it nearly a decade later, and it makes me laugh way more than, say, anything with Julia Roberts trying to “make us laugh, make us love life again”.

DnaError’s review: Okay. I’ll admit it. I chose this movie just so I could have a reason to watch it again. It’s sad and sick I know, but I just love this movie so much, and let me explain why.

First and foremost are the stars, Wayne Cambell (Mike Meyers) and Garth Algar (Dana Carvey). Besides from just being naturally funny (I’ll forgive you once for 54 Meyers, but don’t cross me again…) Meyers and Carvey portray the quasi-geeky, 70’s rock-loving, perpetually adolescent Wayne and Garth perfectly. They are funny and likable simply because, unlike most people in movies, they are so gleefully un-cool. How many people you know drive around in new BMW convertible, have perfect hair and teeth, and wear a different Armani for each hour? Now, how many people you know wear T-shirts, faded jeans, have bad hair, and bang their head, putting pedestrians in danger when “Bohemian Rhapsody” comes on?

Yep, Wayne and Garth are our underdogs, hosting their own rock-based, almost MRFH-like cable access show, when an Evil Rob Lowe (Post-porn video, pre-Number 2) sells their show to Eviler, Fatter Corporate Guy who tries to mess with their show and bastardize it. (Our anti-cool duo get back at them in a few ways to funny to ruin here.) While this is going on, Wayne is trying to win the love of rocker-chick Cassandra (Tia Carrie) and save her from the clutches of an ever-slimer Rob Lowe.

Wayne’s World is fast-paced and fun, its sole purpose is to entertain — and it pulls it wonderfully. The movie’s plot is simple enough to allow the many, many jokes and to grow, but solid enough so it doesn’t seem stupid or contrived. The number of clever one-liners and EFMAQSs (Very funny, Memorable And Funny Quotable Scenes) is huge and aside from Wayne and Garth, a list of cameos from Chris Farley to Ed O’Neill to Alice Cooper round it out.

Still, despite all the rapid-fire jokes and zany satire, the power behind the movie is Wayne and Garth. Wayne’s love of ’70s theatric rock and Garth’s nebbish, dweb charm make you root for them until the end. Because if they don’t win out in the end, you know they’ll end up in their parent’s basement until their 80, and even then be making witty banter and “shwinging” the home care nurses. (Not that that’s a bad thing mind you, it’s just not a good idea for a movie, wait, then again….)

I could go on and on about this movie, but the Mirth-Moblie is calling me. So, in closing, let me quote Garth Algar in saying “I just hope you didn’t think it sucked.”

Wayne: Garth, marriage is punishment for shoplifting in some countries!

Garth: Did you ever see that Twilight Zone where the guy signed a contract and they cut out his tongue and put it in a jar and it wouldn’t die, it just grew and pulsated and gave birth to baby tongues? Pretty cool huh?

Stacy: Happy anniversary, Wayne.
Wayne: Stacy, we broke up 2 months ago!
Stacy: Well, that doesn’t mean we can’t still go out, does it?
Wayne: Well it does actually, that’s what breaking up is.

Wayne: I once thought I had mono for an entire year, It turned out I was just really bored.

Garth: That is a babe! She makes me feel kinda funny, like when we used to climb the rope in gym-class.

Wayne: If it’s a severed head I’m going to be very upset.

Wayne: Cassandra, from this height… you could really hock a loogie on someone.

Wayne: It’s like Star Trek: The Next Generation. In some ways it’s superior, but it will never be as recognizable as the original.

Garth: Whatya gonna do with these guys?
Wayne: Oh no reason, I just always wanted to open up a door where men are training like in James Bond. 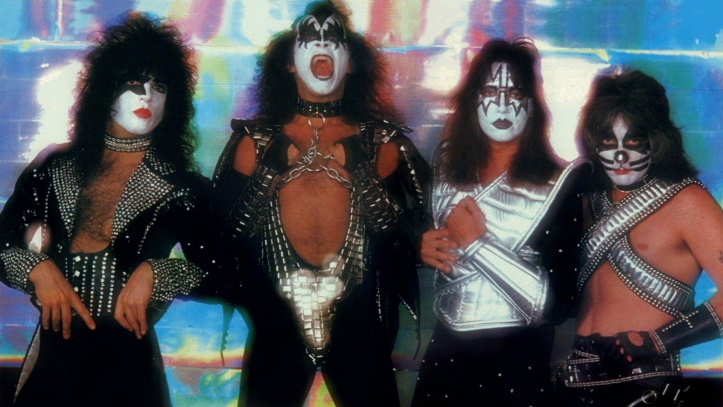 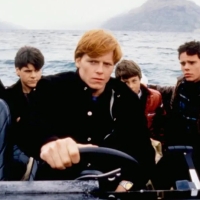 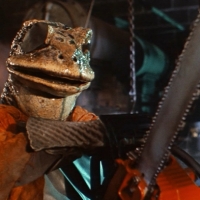 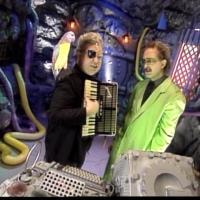