If there was one thing 2009 was good for, it was helping me get back to my cult roots. One of the things I’ve noticed in looking over past reviews is that I review a lot of movies right after they hit theaters. Not exclusively, but probably more so than some of the other Mutants.

That was not the case for one simple reason, and I apologize because I know it’s a massive cliche, but that doesn’t make it any less true: people with infants do not go to the movies. And I know, I swore I wasn’t going to be one of those stereotypes either, but you can forget that. Baby Luck was born in October of 2008, so 2009 was our first full year with her. My wife saw a grand total of one film this year, and that was last week when we were on vacation and had the baby in daycare. I saw a few more than that thanks to a friend of mine, but barely. So if the majority of my reviews from 2009 were of true, actual cult films from decades gone by, well, now you know why. And if your kids walk early, open DVD cabinets, climb on every available surface including side tables and rocking chairs, and touch literally every shiny glowing thlksndf (sweetie, stop it, Daddy needs to write this) they can get their hands on like mine does, you may also forgive me for why most of 2010’s reviews will consist of insightful observations like, “Look, this film has actors! And buildings and trees! And horses!” ‘Cause seriously, folks – the child never. Gets. Tired. Ever.

You know you haven’t been to the movies much when you find yourself literally searching for ticket stubs so you can recall what you saw this year, no? Don’t judge me. A quick perusal allowed me to rule out Quantum of Solace and Juno as 2008, but also to conclude that yes, I did indeed see Watchmen, Star Trek, Harry Potter and the Half-Blood Prince, District 9, and Transformers: Revenge of the Fallen at the theater. To my great good fortune, four out of those five ranged from fairly good to excellent. I’ll leave it to you to guess which one sucked giant Constructicon testes satchel, but suffice to say that whendsofkj (dear, please, could you keep her occupied for a few minutes?) you’re averaging a movie every 2.4 months, you want it to be a good one. Quality over quantity, my friends, and I’m happy to say that 2009 (mostly) delivered. Not bad for a year without a major superhero or James Bond movie to be found. (X-Men Origins: Wolverine doesn’t count, I didn’t see it.)

As I touched on earlier, I’m actually glad that I didn’t get to many new movies this year, because I liked being able (forced) to focus on the cult films that make up the backbone of MRFH. I got a chance to look back at some of the best cancelled TV shows in recent memory, review plenty of drama and horror classics and “classics,” and send Hollywood yet another batch of comics that should be movies. But that said, I’m also looking forward to hiring some babysitters and getting back to the theater more this coming year. We’ve got Iron Man 2 on the way, which hopefully will continue building momentum for the Thor and Captain America films of 2011. (Dear Lord, please don’t let them blow. Amen.) The Wolfman will try to convince us Benicio del Toro needed even a little makeup to play the title role, Toy Story 3 can hardly fail to be anything but entertaining (he said, tempting fate), and part 1 of the Harry Potter finale drops this fall. Then we have Seth Rogen trying to sell us on himself as masked hero The Green Hornet, which could be… pretty great or really, really terrible. But every one of them is outshone like a candle next to a billion exploding suns by Scott Pilgrim vs. the World, based on the cult comic series that if you haven’t read it, you’re bad and you should feel bad. Scott Pilgrim is as full of win as the love child of Michael Jordan, Wayne Gretzky, and Muhammad Ali, and while I’m still not convinced live action was truly the way to go, you can bet your ass I’ll be first in line to find out. I humbly suggest you do the same.

So that’s our look back at 2009 and preview of what’s to come in 2010. I sincerely hope you enjoyed MRFH throughout the year, and as always, thanks for reading! As for me, I’ll be marshaling my strength for the coming months and hoping the child isn’t learning so fast that she figures out how to post pictubaos;fd 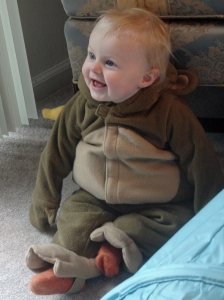